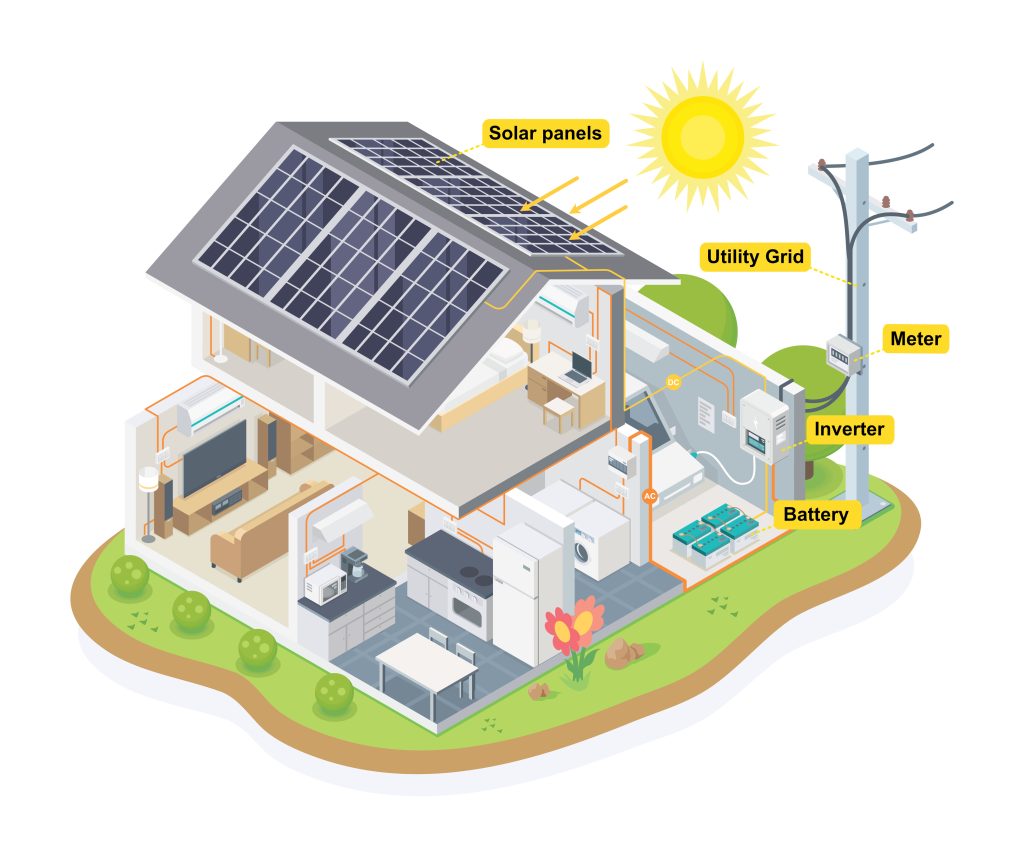 One of the biggest potential advantages of going solar in Florida is the option to sell excess energy back to the power company. This widespread practice is called “solar buyback.”

Beyond simply cutting back or eliminating your power bill, your solar panels can potentially put extra money back into your pocket each month if they generate more power than you use.

However, many solar companies mislead consumers and misrepresent their roles in solar buyback as part of a strategy to maximize sales. Here, we’ll discuss the facts about solar buyback and how it can benefit property owners.

What is solar buyback?

Because sunlight is the Earth’s only truly renewable resource, and because it is abundant, the sky’s the limit in terms of how much power can be harnessed from it.

Solar panels generate maximum power during peak daylight hours when sunlight is strongest. During this time period, many homeowners are off at work or school and therefore are using less energy.

When your system generates excess power, you have two great options to benefit your wallet (not to mention the environment):

How does solar buyback work?

Estimates indicate that, by design, on average, “20-40% of a solar energy system’s output… goes into the grid”. In the aggregate, that’s a lot of energy that powers the booming solar industry’s growth while cutting back on fossil fuel emissions.

According to data from the Florida Public Service Commission, Florida residents have earned $4.6 million in net metering energy credits since 2016.

It’s important to understand that solar buyback programs are administered by the power companies. Not all power companies buy back excess solar-generated energy from consumers.

Therefore, consumers interested in selling their excess energy back to the utility should always check up with their local power company to make sure they participate.

Be wary of any specific promises made by solar company marketers regarding “x amount of money” saved through solar buyback programs. Since they’re not in charge, they can’t make those assurances with confidence.

Whenever a solar panel marketer makes an explicit promise of financial benefit from solar panel installation, request that assurance in writing. If it’s not in writing, such a guarantee is worthless (and not likely to pan out).

Learn more about red flags to look out for in solar door knockers.

Floridians’ right to sell their excess energy is protected

A recently proposed net metering bill, HB 741, which would have curtailed the credits that solar panel owners receive from the energy company over several years, passed through the state legislature.

Fortunately, a massive grassroots organizing effort successfully lobbied the governor to veto the bill, safeguarding the ability of Floridians to receive maximum payoff for their excess solar-sourced energy.

Part of the important work we do is educating Northwest Floridians about the various aspects of solar power, including how solar buyback programs work.

Contact us for authoritative, fact-based information on all things solar.