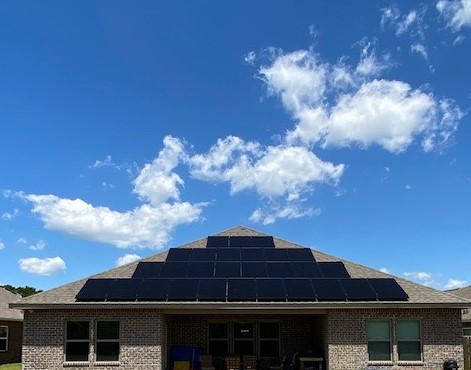 Our driving mission at Compass Solar is not only to deliver, install, and service the most cutting-edge solar panels on the market on behalf of our clients in Northwest Florida – it’s also to do our part to preserve the only Earth that we’ve got.

Protecting the Earth from environmental catastrophe and preserving it for future generations requires (among other actions) that we kick our addiction to harmful fossil fuels and replace them with renewable energy sources.

The good news on this front is that saving on your monthly energy bills with solar panels also helps to save the Earth by tapping into the power of the sun, its one true renewable resource.

Here, we’ll explore the one inescapable reality that deserves more attention: the sun is the only truly renewable energy source we’ve got.

The topics we’ll survey here include:

·       Why wind power and hydropower aren’t actually renewable after all

Most laypeople have a vague idea of what renewable energy is (and what it isn’t). But, understandably (because they’re not in the industry), if you press them for greater details, they tend to get hazy on the specifics.

For example, almost everyone understands that fossil fuels – the limited products of millions and sometimes hundreds of millions of years of processing which must be drilled for and extracted from deep within the Earth’s surface – do not meet any of the criteria for “renewable energy.”

But what about two of the Earth’s primary elements: wind and water? (Children of the 90s kids will have flashbacks to Saturday mornings spent glued to the TV with Captain Planet).

Wind and water seem renewable, right? Well, they’re certainly superior to fossil fuels in terms of their environmental impacts – at least for now. However, for reasons we’ll explore now, they’re not quite “renewable,” nor are they as harmless as we might believe.

Alongside solar, wind power and hydropower have gained considerable interest among conservation-minded consumers. The industries have grown to meet soaring demand, with new technologies emerging to dramatically scale up the capture and transformation of these natural forces into usable energy.

At first glance, those might seem like great developments for the creation of a truly green economy. But there is serious cause for concern.

While it’s true that wind power (harnessing natural airflows over the Earth’s surface and transforming it into usable energy via windmills and other technologies) and hydropower (harnessing water flows to transform them into usable energy) don’t emit carbon dioxide (CO2) and therefore don’t contribute to the greenhouse effect, increasing numbers of physicists and geologists do see potential trouble on the horizon.

For example, heed the warning of Axel Kleidon of the Max Planck Institute for Biogeochemistry in Jena, Germany – just one of many who have voiced their concerns publicly in recent times:

“Efforts to satisfy a large proportion of our energy needs from the wind and waves will sap a significant proportion of the usable energy available from the sun. In effect… we will be depleting green energy sources [based on] the laws of thermodynamics, which point inescapably to the fact that only a fraction of the solar energy reaching Earth can be exploited to generate energy we can use.”

At the present time, the working estimate among Kleidon and his colleagues is that humans utilize about 5-10% of the total available free energy, which already adds up, as he notes, to more than all of the Earth’s natural processes combined (volcanoes, earthquakes, etc.).

That number will inevitably rise as the scale of wind and hydropower ramp up in the coming years and decades in the transition period away from fossil fuels.

The bottom line as summed up by Kleidon:

“Large-scale exploitation of wind energy will inevitably leave an imprint in the atmosphere. Because we use so much free energy, and more every year, we’ll deplete the reservoir of energy.”

In addition to dwindling supplies of free energy caused by mass-exploitation of wind and hydropower, the predicted fallout for the environment could rival that of fossil fuel-induced climate change – which would obviously lead us back to square one by recreating the original problem that the new technologies intended to solve.

It’s not all gloom and doom. One obvious possibility is to engineer new technologies or – better yet – tap into the Earth’s natural potentials to increase free energy reserves.

One solution proposed by enterprising researchers is to increase the vegetation on the Earth’s surface, in turn boosting photosynthesis (the botanical conversion of sunlight into energy):

“Photosynthesis also generates free energy, but without producing waste heat. Increasing the fraction of the Earth covered by light-harvesting vegetation – for example, through projects aimed at ‘greening the deserts’ – would mean more free energy would get stored.”

Another is to develop the capacity of photovoltaic (PV) cells – the kinds used in Compass Solar panels – to capture radiation from the sun that is usually “lost” energy (meaning that we aren’t yet capable of capturing it):

“Photovoltaic solar cells can also increase the amount of free energy gathered from incoming radiation, though there are still major obstacles to doing this sustainably.”

Regardless of the exact path forward, one thing is indisputable: the sun’s energy (and new tools to utilize it) will be an integral part of the solution.

Compass Solar is one of a small handful of regional Northwest Florida companies fully equipped with an in-house team – from our sales department right down to our engineers and installation crew.

This means no hassles with third-party contractors that you might have to deal with when you hire the other guys.

Our crew has more than two decades of combined experience equipping satisfied customers with cost-saving solar panels with the sterling reputation to prove it.